When Dealing with Dementia,Honesty Isn’t Always the Best Policy

I take a certain amount of pride in being one of the most honest people I know. It’s not easy to be consistently open and upfront, especially in my writing. As an author, I have the option to censor myself; to allow the reader to see the parts of me that I chose to reveal. When I started writing about dealing with my mother’s battle with Alzheimer’s, I purposely decided to be as open and honest as practicality would allow.

Although it’s hard to confess some of the feeling and thoughts I have had on this journey, telling the truth has served me well. Writing candidly has connected me to others that are experiencing (or have experienced) the same battles. Despite all of the benefits to being straightforward, I have recently discovered a set of circumstances that call for putting a muzzle on it—and they stem from my mother.

Learning to pick my battles

I’ve noticed that as mom ages, her preferences have undergone an unprecedented evolution. When she initially moved in with me, I knew that I could cook her meals that were both healthy and enjoyable based upon knowing her culinary inclinations for years. Lately, though, her sense of taste has altered dramatically. She constantly requests bacon (“none of that turkey crap!”) and pineapple upside-down cake. Every single meal, this is what she asks me for.

First off (pineapple upside-down cake!?), I can’t bake to save my life—I can cook, but the sweet-side is my kryptonite. Mom used to know this—and if she could remember my many failed attempts at baking, she would never ask me to bake anything. Ever. Also—we are trying to keep her blood sugar balanced. This means that cake at every meal is a definite no. Bacon at every meal is also a hell no for a million reasons—none of which seem to pacify mom.

More on When Dealing with Dementia,Honesty Isn’t Always the Best Policy…

The best way that I’ve found to combat this is through a series of little white lies. Rather than battle mom (at length) until we’re both blue in the face, I have learned that fibbing saves us both our breath. Usually, when she asks for bacon, I simply tell her that there wasn’t any at the grocery store (in spite of my best efforts to find some). Sometimes I’ll whip up some turkey bacon; of course, the lie here is that it’s “real” bacon. When it comes to the cake, I had to dig a little deeper to find a reason that mom would accept. I finally found a winner when I told her that sugar was rationed, and we couldn’t have any today. When her blood sugar allows it, I’ll bring her some fresh cherries and pineapple slices (my attempt at a compromise) and she usually loves them. In this case, a distraction is worth a thousand “no’s.”

No pain, our gain

One of the hardest things for me to learn to handle was how to respond to mom when she would ask where her mom, dad, husband, etc. were. The first time she asked me, my gut reflex was to be straightforward and tell her they were all dead—and subsequently not coming back anytime soon. I foolishly thought that this would spare her the future pain of asking about them again, and I was very wrong.

Not only did the “they’ve-been-long-dead” conversation not go well, mom’s resulting physical state was far from the Alzheimer’s patient stress management plan that I was trying to implement. To add insult to injury, it also didn’t prevent her from asking the same question again and again. Now, when mom asks where her dad is, I simply tell her that he’s not here right now. It’s the world’s easiest solution to an otherwise impossible situation. 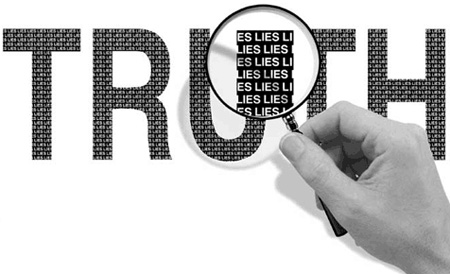 Do I feel bad lying to my mom? Kind of. I wish that I could be honest with her, and that she would understand what that meant. However, I’m not sorry that a few little lies save my mother (and myself) from a plethora of undue stress. In this case, honesty is not the best policy—my mom’s wellbeing is. If that means I have to stretch the truth a bit to keep the peace, so be it. I’ll leave my frankness to my writing.

Madison Hill is a happily married mother of two grown daughters and caregiver for her own mother. She makes mom jokes that will never stop embarrassing her girls, but her taste in music is a little bit cool (she thinks). When she’s not out crabbing, you can find her writing about homecare.

Taking Care of Elderly Parents with Dementia and Uninvolved Siblings

Beyond bullying at Bingo: 1 in 5 elderly in facilities suffer abuse from other residents

To provide concise and updated education and alternatives that empower seniors and their family care partners to make educated and practical choices regarding future care needs.
Contact us: [email protected]

What is dementia presentation

Caregiver Relief – Best Site on the web to find caregiver...